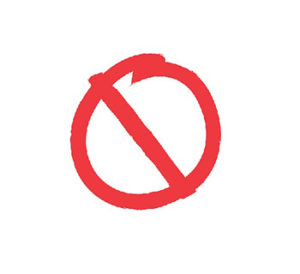 I recently left a job after being at the same organization for more than 15 years. It has certainly been a huge change and I’ve taken some time to adjust. I was planning on laying low for another month or two but happened to see an ad for a job at a new brewery. It wasn’t quite in my skill-set strike zone, but the position sounded interesting and I thought maybe my passion for craft beer could fill in the gaps of my resume.

I had a great first meeting with the founder. I’ll refer to him as Bob for the rest of this post.

Unfortunately, passion alone couldn’t get me the full time position, but there was an opportunity for a consulting contract. Bob and I discussed broad ideas for scope and I shared my rate. He verbally agreed to that rate and also verbally agreed to a minimum number of hours per month. I was excited about something for the first time in months. We had several meetings and multiple email exchanges over the course of a month. I was getting familiar with the brewery’s brand and even offered up a few freebies to show my commitment to the contract. All seemed to be moving ahead until our final meeting — which was supposed to be when we finalized the scope and our contract. After discussing the scope and reviewing a draft contract, Bob slipped in the my rate was too high. I was surprised that, if that was the case, it hadn’t come up sooner. But still, in good faith, asked Bob if he had a number in mind. He countered with ⅓ of my stated rate — the rate he had previously agreed to.

I was shocked and thought to myself in that moment that this consulting relationship was over before it really started. But I wanted to be fair so I agreed to think about it and to get back to him the next day.

I don’t think Bob was insinuating that my rate was too high for my skill set. I do think he was trying to negotiate for his start-up business, but went about it in an unfortunate way. If he had brought this up sooner in one of our meetings or email exchanges, I probably would have been willing to compromise — maybe even negotiate a rate review after a few months once he saw the level of my work. But I wasn’t given that opportunity. Instead, Bob’s timing and approach felt dishonest and disrespectful and I immediately questioned his integrity. What I really had to consider is if I would want to work with someone who would pull a last minute negotiation trick like that. It certainly struck me that his approach didn’t build my confidence in him as a leader or a client — and I wouldn’t want to work with someone who would treat a potential consultant or vendor or even future staff member in such a way. He showed me in that moment who he really is and I chose to believe him.

So, I let Bob know the next day that I wouldn’t be able to accept a contract with his brewery. I let him know that I appreciate that the brewery is in startup mode and that he is working within a tight budget. I also shared that I wish he had brought up those budget constraints sooner so that we might have been able to work together on a solution. Most importantly, I let him know that I am confident in my rate given the expertise and experience I bring. I suggested that he may not need that level of skill at this particular time, but I did not back down from my rate.

Would I have worked for this start-up brewery for a lower rate? Most likely yes. But will I work with someone who would wait until we were about to sign a contract to tell me my rate didn’t work for him? No way. I would do anything for craft beer, but I won’t do that.

What are your non-negotiables?

About Bobbi
After 3 years, Bobbi finally heard her dog growl. When she’s not now excitedly communicating with Cam, you can reach her here.

From The GFHS Blog