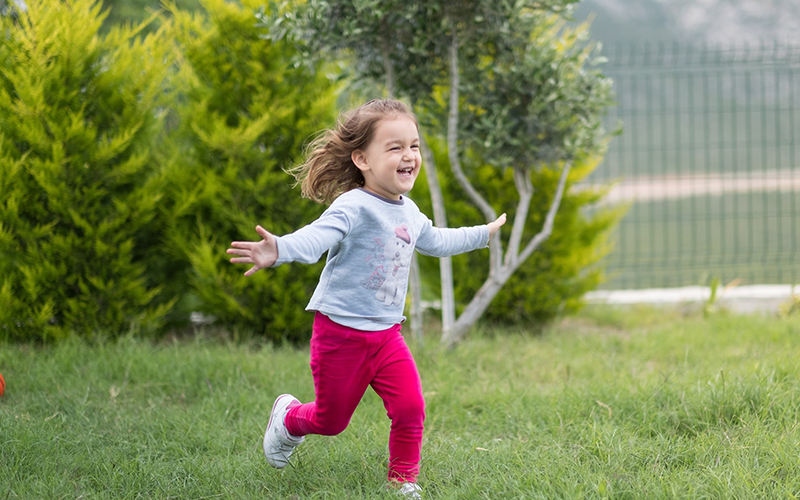 I was meeting a friend for lunch last week and my walk there took me through a park. It was a warm enough day in January that there were a lot of people out and about (or maybe it wasn’t that warm and people were just thrilled to be out of their homes after our big snowstorm. Either way…). There was a group of 7 people who caught my attention – presumably two mothers and their five kids. (Okay, after considering this last sentence, maybe it wasn’t that warm out. If I had multiple children at home during a snowstorm, I’d be out whenever I could, regardless of the temperature!) One child was being carried and the other four girls were running around while their caretakers kept close watch.

In their playing, the four girls were racing to an imaginary finish. The first one crossed and yelled out, “I’m first!” She was followed by the second and third girls who also eagerly claimed their places with shouts of glee. Finally, the fourth – and seemingly youngest – caught up and triumphantly shouted “I’m fourth!” with as much pride as the first three. In that instant, she made my heart happy with the way she viewed the world. She wasn’t sad about being the smallest or coming in last. Instead, she was delighted with her finish – she placed FOURTH, after all! And what struck me as equally impressive was that her fellow racers didn’t tell her she lost or correct her fourth place finish to a last place finish – they all continued on to whatever adventure was next, happy to have completed the race.

This whole exchange happened in the span of less than a minute, but stuck with me for the rest of the day (and into this week, clearly). I was delighted by the joyous statement of fact, free from any judgement along with it. It made me wonder when we lose that – when do we stop seeing fourth place and start seeing last place? Others may be quick to point out our shortcomings, but I so much prefer this girl’s way of seeing the world and her place in it. I think we could all stand to be a little kinder to ourselves. Focus a bit more on the facts and a bit less on the judgement. See a few more fourth place finishes and a few less last place finishes. This was a wonderful reminder to me and I hope sticks with me until I get the next reminder.

Here’s to all our fourth place finishes!

About Catherine
Catherine is pretty sure she’s the only person to ever move away from Minnesota and miss the winters. She is the founder of Good for Her Soul and you can reach her here.